Famous for his smooth-as-silk voice, as well as his myriad hits as both a solo artist and as a member of The Miracles, Smokey Robinson is one of modern music's most renowned artists! The septuagenarian performer and former vice president of Motown Records is one of the most respected R&B and Soul voices, inspiring generations to come, and he's still as vibrant a showman as ever! Don't miss your opportunity to see this legendary performer live on stage! 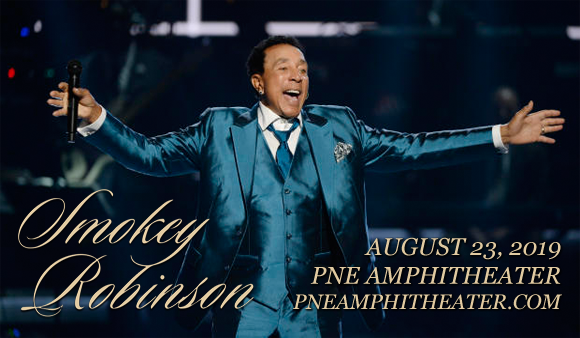 American singer, songwriter, record producer, and former record executive is known both for his formidable solo career and for being the founder, front man and principal songwriter and producer of the Motown vocal group the Miracles. Robison formed the group in 1955, originally under the name the Five Chimes. The group was under the management of Berry Gordy, who went on to found Motown Records, and they scored twenty six top forty hits over the course of their career, including the top ten singles "You've Really Got a Hold on Me", "Mickey's Monkey", "I Second That Emotion", "Baby Baby Don't Cry" and the number-one hit "The Tears of a Clown". In 1972, Robinson departed the group in order to focus on his role as vice president of Motown. However, he returned to music to embark upon a solo career in 1973. In 1987, Robinson was inducted into the Rock and Roll Hall of Fame in 1987 and in 2016 he was awarded the Library of Congress Gershwin Prize for his lifetime contributions to popular music.