Their biggest tour so far, Odesza present The Last Goodbye at PNE Amphitheatre on Friday, September 23rd 2022 with very special guests, EDM duo Sylvan Esso, The English man Elderbrook and relative newcomer Nasaya. This is the last goodbye from Odesza, the question on everyone’s mind, is this really the end of this incredible duo? After taking a 4-year hiatus after producing their previous album, A Moment Apart, it certainly looks like this could be their final tour. But, who knows? And the duo are certainly not letting anyone in on the secret. Grab some tickets, this could be the last time you can. 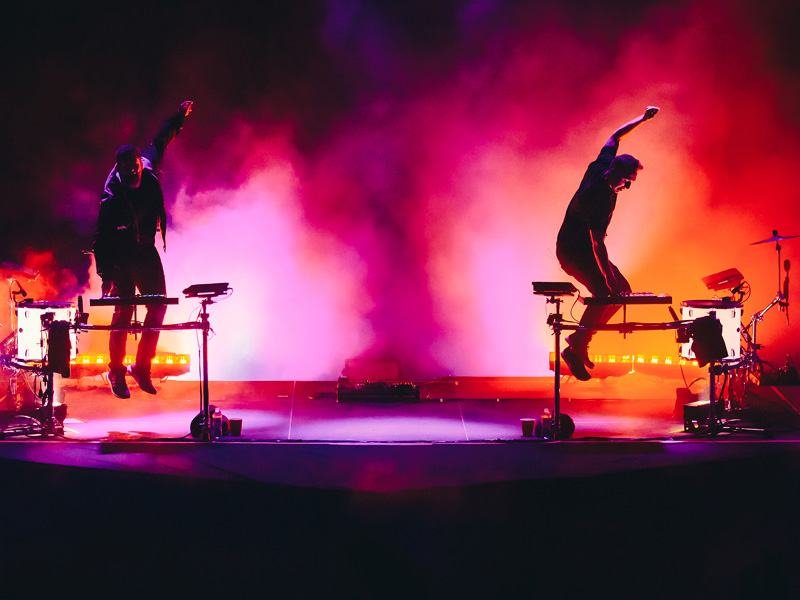 “We can’t wait to share this full-length project with you, along with our new show,” ODESZA said in a release. “It’s been a long time coming. From us to you, The Last Goodbye: The Tour.”

Harrison Mills and Clayton Knight, known individually as Catacombkid and BeachesBeaches and are from Bellingham, Washington and formed Odesza in 2012. In 2016, "Say My Name" gained the duo their first Grammy nomination for Best Remixed Recording, and their third album, A Moment Apart, released in September 2017 reaching number 3 on the Billboard 200, while topping the Electronic and Dance Albums Chart. It was nominated for Best Dance and Electronic Album, with the track "Line of Sight" also nominated for Best Dance Recording, at the 60th Annual Grammy Awards in 2018.

EDM Pop duo, Sylvan Esso is from Durham, North Carolina, formed in 2013, and are singer Amelia Meath and producer Nick Sanborn. Their latest album, Free Love, came out in September 2020. In explaining Free Love, Sanborn said, “Free Love is the first realization of a thing we've been shooting at for a long time, which is for Sylvan Esso to not feel like two people. [We wanted] it to feel like it was one expression. All of the walls that used to exist between us and divide our roles just slowly came down through the maturity of communication. It's something that you can't have with somebody that you haven't worked with for this long.”